All our certificates are now updated, the annual audit didn`t show any diviations.

See all our certificates here

Together with the Technical University of Denmark, DTU and large European companies Nordisk Staal has recieved support from the Innovation Fund Denmark with a new project for producing metal powder for Additive Manufacturing and steel ingots for tool steel. The project focus on the circular economy model, so that worn out moulds and machine parts can be reused via Nordisk Staal Spray Forming production, the project runs for 3 – 4 years, see the Danish press release here

Read more about the production here

Nordisk Staal A/S has reneweed all our certificats.

We have began an exiting cooperation with the Danish University DTU, to start production of steel powder for the 3D printing industry

Nordisk Staal has renewed all certificates during audit visits.

Nordisk Staal has bought a new lorry and we are still able to do even greater lifting jobs. 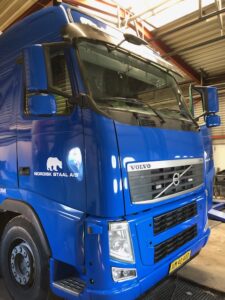 Nordisk Staal has renewed all certificates during audit visits.

All certifications have been completed by Inspecta in May 2018. 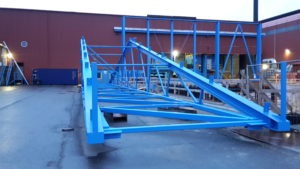 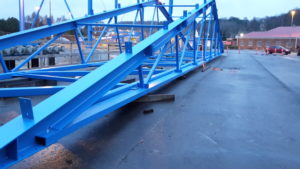 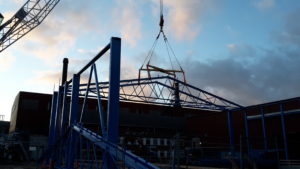 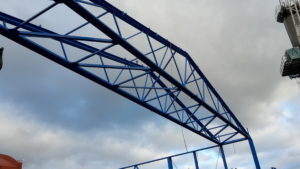 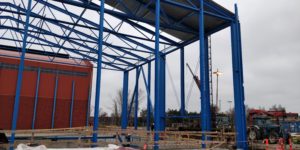 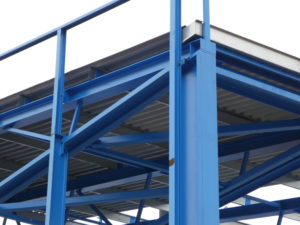 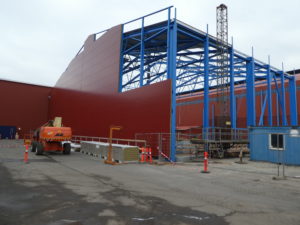 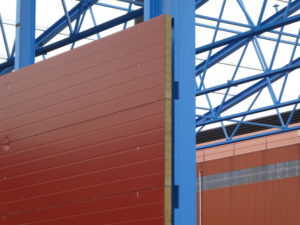 Nordisk Staal is making a new website that has been on its way for more than a year. This has meant that no updates have been on Nordisk Staal’s website for a long time.

Christine Antorini visited the blacksmith school, which is a satellite department of Nordsjælland Business School. She also used the opportunity to visit Nordisk Staal’s production.

Nordisk Staal concludes a contract with Nexans Norway for the manufacture and installation of a new impregnation pot for Nexans in Halden.

Mayor Steen Hasselris invigorates DanSpray at an opening reception on November 26th, where there was a visit from almost the whole world.

DanSprays expects 99.5% of production to be exported abroad.

From the left at the back of the picture you can see director Claus Spiegelhauer (DanSpray) and Mayor Steen Hasselris for initiation.

EN 1090 steel structures for construction and

Nordisk Staal has employed Jens Faarkrog per. 1 October 2014. Jens is a mechanical engineer and comes from Demag, where Jens has been for 25 years. Jens has extensive experience in building cranes, which contributes to strengthening Nordisk Staal’s competencies.

In addition, Jens is also a Quality Manager at Nordisk Staal.

DANSK CSM
Today, Nordisk Staal has, together with Halsnæs Municipality and Mega Flex A / S, held the founding general meeting of Dansk CSM K / S. The purpose of the company is to act as an institutional public-private innovation partnership (OPP) with the purpose of developing new innovative solutions that can lead to the establishment and development of new businesses, business opportunities and jobs in steel production and metal processing.

Jesper Themsen is 50 years old.
On the occasion of Jesper Themsen’s 50th birthday, a reception was held at Nordisk Staal.

Jesper had a good day where  many customers, collaborators and employees showed up to congratulate the day.

On August 23, “open house” was held for the worldFLEXhome, built by Nordisk Staal. It was EU Minister Nicolai Wammen who initiated the house.

The many collaborators on the project.

Nordisk Staal has built the prototype / demonstration house in only 4 months.

Nordisk Staal has received a new truck in the heavyweight class for use in the production of plates for foundations for offshore wind turbines.

Jan had a great day with many congratulations from partners, customers, colleagues and suppliers.

The award is given for the commitment that was made in the establishment of the “smedeskolen” in Frederiksværk, which later developed into the project “Development with view”.

The prize ceremony took place at the National Museum. The prize is a bronze statuette designed by Bjørn Nørgaard, and 50 statuettes were awarded in 2010.

Visits from the Danish Working Environment Authority
Nordisk Staal had a visit from the Labor Inspectorate on November 2, 2010, which had nothing to notice. Nordisk Staal therefore continues as a “level 1” under the “gray smiley scheme”. If Nordisk Staal asks for a whole new review of the company, Nordisk Staal will be able to enter the “new” smiley scheme.

Environmental conditions are at the top of Nordisk staal
Nordisk Staal is categorized as a category 1 company after an environmental inspection on 25 October 2010.

Adm. Jan Sørensen (Nordisk Staal A / S), Director of the Year, was honored by the Hillerød Industrial and Crafts Association in 2009 and the North Sea Erhvers School because of the great commitment to establishing forge training in Frederiksværk.

The education will psysically take place in Frederiksværk at Nordisk Staal A/S as much as possible.

In cooperation on the project, the participants are :

24 September 2008, Nordisk Staal A/S held a reception for our Production Manager, Jesper Themsen, in honour of his silver jubilee.

Many stopped by to congratulate Jesper, who here is seen enjoying a few of his presents.

Nordisk Staal A/S delivers elephants to the ZOO in Copenhagen.

Nordisk Staal A/S manufactured 3 steel elephants which are placed in the elephant house.

Here pictures of the difficult transport of the three large “animals” are displayed.

The Danish royal couple are coming to Frederiksværk and in connection to this the industry museum, Frederiks Værk, publishes the book: Two cities meet, a special copy with foreword written by Frederiksværk´s mayor is presented to Her Majesty Queen Margrethe.

Together with Themsen Transport A/S, Nordisk Staal A/S has bought an industrial site in Hillerød where we will build a 2000m2 hall which will be shared by the two companies. Nordisk Staal A/S will use its part for the production of goods made from stainless steel and as a “base”for our service trucks for our custormers in Copenhagen.

Nordisk Staal A/S has bought a lorry with a 90 tons meter crane and we are now able to do even greater lifting jobs.

The footbridge over the canal in Frederiksværk

The almost finished footbridge is being lifted in its place above the canal in Frederiksværk. Here pictures.

Nordisk Staal receives an order of another bridge, this time a steel footbridge from the community of Frederiksværk.

Nordisk Staal employs workers further and is looking for more smiths because of more orders coming in from among others Unimedical A/S, Haldor Topsøe A/S, Nexans Norway and then some.

The board of DI the Capital honours Nordisk Staal for :

The present owners´initiative by the takeover of the business.

The company´s effort on the environment field.

The firm´s visible work in the region of the sound.

Nordisk Staal is also nominated for Danish Industry´s national award, which will be distributed 9. February 2006.

Nordisk Staal receives another order from the Norwegian Nexans, and through this it strengthens its position on the export market.